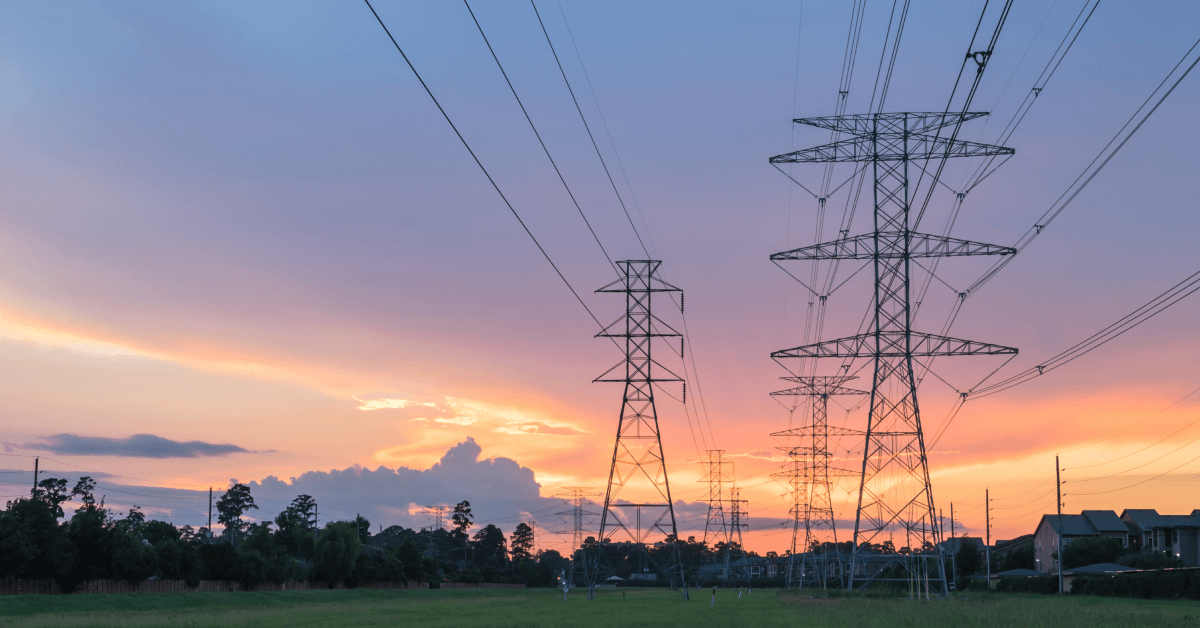 If you live in Texas, you likely have the power to choose your electricity provider. But with so many options to choose from, it is easy to get overwhelmed. This page is here to teach you the best way to compare Texas electricity companies so you can be confident in your choice. We’ve also included a list of retail electricity providers to get a taste of all the providers out there.

Constellation is co-headquartered in Houston, Texas and Baltimore, Maryland. They are a leading energy supplier, providing electricity and natural gas throughout the United States. Constellation prides itself on its commitment to innovation, dependability, transparency, and service.

Upwards of 2 million United States residents and two-thirds of Fortune 100 businesses look to Constellation for their energy needs. Constellation is also dedicated to the environment. It works with Habitat for Humanity to help come up with affordable renewable energy options for areas throughout the United States.

Founded in 1986 and headquartered in Houston, Texas, Direct Energy serves over 4 million customers throughout the United States and Canada. Direct Energy operates through itself and its subsidiaries. Some of its subsidiaries, like First Choice Power, are also retail energy providers in Texas. Direct energy commits itself to innovation that brings its customers savings. They primarily do this through strategic partnerships with other innovative companies.

Frontier Utilities is a private company that serves four states, including Texas, Ohio, New Jersey, and Pennsylvania. Frontier’s mission is to create superior value and satisfaction to their customers through their electricity supply and are a 7-year Better Business Bureau Award Winner.

TriEagle Energy is an energy supplier operating in Texas, Pennsylvania, and New Jersey. The company has a wide variety of plans to choose from. You can lock in a fixed-rate plan for three years, pick a plan that sources energy 100% from renewables, or even choose a plan that comes with a smart home thermostat.

Reliant Energy has provided energy for millions of customers throughout the years solely in the state of Texas. Reliant is heavily involved in the Texas community, donating $3.5 million to community programs in 2019. Its employees accumulated over 7,000 hours of community service in 2019 as well. Reliant offers weekly summaries of your electricity usage so you can keep track of how much energy you are using. Other resources its offers include paperless billing and automatic payments

When Texas deregulated its electricity market, Spark Energy was one of the first retail electricity suppliers to participate in the state. Since then, they have expanded to 13 other states. They now serve electricity and natural gas to hundreds of thousands of residents in the United States. Spark Energy goes the extra mile to serve the community, supporting organizations like Child Advocates, Helping a Hero, Lemonade Day and Boys & Girls Clubs of America.

Cirro is a Texas electricity supplier that provides both long-term and short-term fixed-rate plans to help you save on your electricity bill. Cirro is also involved in charities like the Ronald McDonald House of Dallas.

Founded in 1997, Vermont-based Green Mountain Energy started with a goal to transfer the US to green energy. Since their founding, they have invested over $56 billion in green technology and now serve eight states with energy choice, including Texas.

Headquartered in Texas, TXU Energy is a retail energy provider that serves the state of Texas. TXU was one of the first retail energy suppliers on the market in Texas and is now a subsidiary of Vistra Energy.

4Change Energy is a Texas electricity supplier that prides itself on its low rates and charitable donations.

Gexa Energy is a subsidiary of NextEra Energy that has been serving Texas residents since its founding in 2002. They provide affordable electricity plans, including ones with 100% renewable energy.

How to Compare Texas Electricity Companies

Not all electricity suppliers in Texas are created equal. While there are many reputable electricity providers out there, some have built up a poor reputation through misleading practices and gimmicks that inflate your electricity costs.

ElectricityRates.com only works with leading retail electricity providers so that you don’t have to worry about choosing the wrong one. Here are several factors you should consider when comparing Texas electricity companies.

The electricity rate is what you pay for electricity per kWh of usage. It can vary depending on your average usage which is why we include rate estimates at different usage levels so that you can find the best rate for you. Advertised electricity rates in Texas often include delivery charges that come from your local utility.

You can find a breakdown of charges in the plan details and on the Electricity Facts Label included with each plan.

Electricity plans can last anywhere from 3 months to 3 years. When choosing the best rate for you, consider the length of the contract that you’d like to enter. Many retail electricity providers will offer lower rates for long term plans, so if you can, lock it in and save! There may be early termination fees if you choose to end your contract prematurely. You can find these fees in the plan details section for each plan.

Electricity rates in Texas can vary depending on your electricity usage. To get the best plan for you, its best to know about how much electricity you use a month. To figure this out, you can reference your past electricity bills or ask the previous owner if you’re moving to a new home.

Each plan on ElectricityRates.com gives you rate estimates at three different usage levels (500 kWh, 1,000 kWh and 2,000 kWh). You’re also able to filter rates with our free Rate Comparison Tool to make sure you get the best rate for your usage level.

In 2020, renewable energy production is on the rise in Texas. You can support the green energy boom by signing up for a 100% renewable plan for your home – no equipment required! Look for the “100% Renewable Sources” label and feel good about the energy you use.

Some providers bundle incentives into electricity plans to make the deal even better for you. These include smart-home systems that monitor your home security and energy management, usage bill credits that will lower your monthly bill for reaching certain usage levels in a given month and more.

How To Switch Texas Electricity Companies

After that, your new provider takes care of the rest! There is no need to contact your chosen provider and your service will start on your selected date.