Here are the current Rhode Island electricity rates for each utility along with the retail energy provider rates RI residents can switch to. Start by locating your utility below and selecting the rate you would like to switch to. 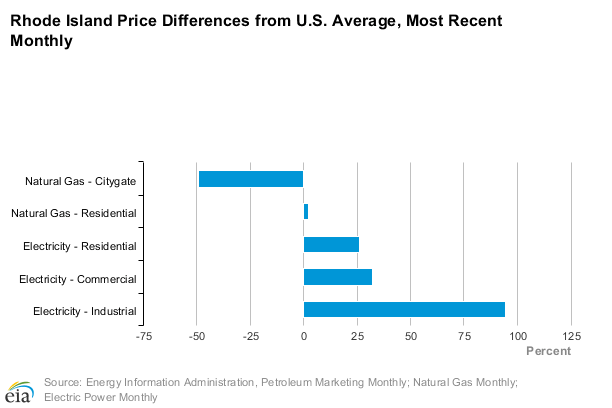 Rhode Island began the process of restructuring and deregulating its energy market in January of 1998. 25 independent energy providers were allowed to service the state initially. However, the utilities could offer an interim rate of 3.2 cents/kWh which was much lower than any rates the independent energy retailers were able to offer.

After a year and a half of energy deregulation, only 2,000 of the Rhode Island’s nearly half-million residents had switched to an independent retail provider. Because so few were switching electricity rates, the Rhode Island House of Representatives passed a bill in 2002 to help establish a competitive market. The bill allowed Rhode Island municipalities to set up aggregations to help customers benefit from a large economy of scale.

Rhode Island residents wanting to take advantage of their choice to shop and switch electricity rates can do it easily on our website. Simply type in your zip code into our free compare and switch tool at the top of the screen. Switching electricity rates can be done in as little as 5 minutes and is 100% free to shop! Your information is secure and won’t be shared with any 3rd parties. So, what are you waiting for?

For many Rhode Island residents and businesses, comparing their current supply rate with others available may be most important. However, it’s important to know that there are other factors that should be considered when switching electricity rates.

Type of Rates – There are many types of rates out there including fixed, variable and month to month rates. It’s important to know which type of rate you are signing up for as it may be subject to change. Click here for more information on rate types

Contract Length – Some contracts are month to month and some can be as long as 3 years. Make sure you are aware of the term length before you sign up.