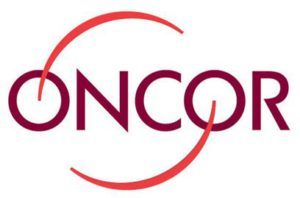 Serving over 10 million residents, Oncor is the largest utility company in Texas. As one of the four utility companies with deregulated electricity in the state, Oncor customers have the power to choose their electricity provider.

Read on to learn more about Oncor and how you can find the best Oncor electricity rates from leading electricity companies in Texas.

How To Compare Oncor Electricity Plans

After that, your new provider takes care of the rest. The delivery of your electricity is not changed or interrupted.

After February's 2021 winter storm decimated Texas's electricity system, many Texans saw extraordinary increases in their electricity bills. For many of them, the cause of this was their variable-rate electricity plan. 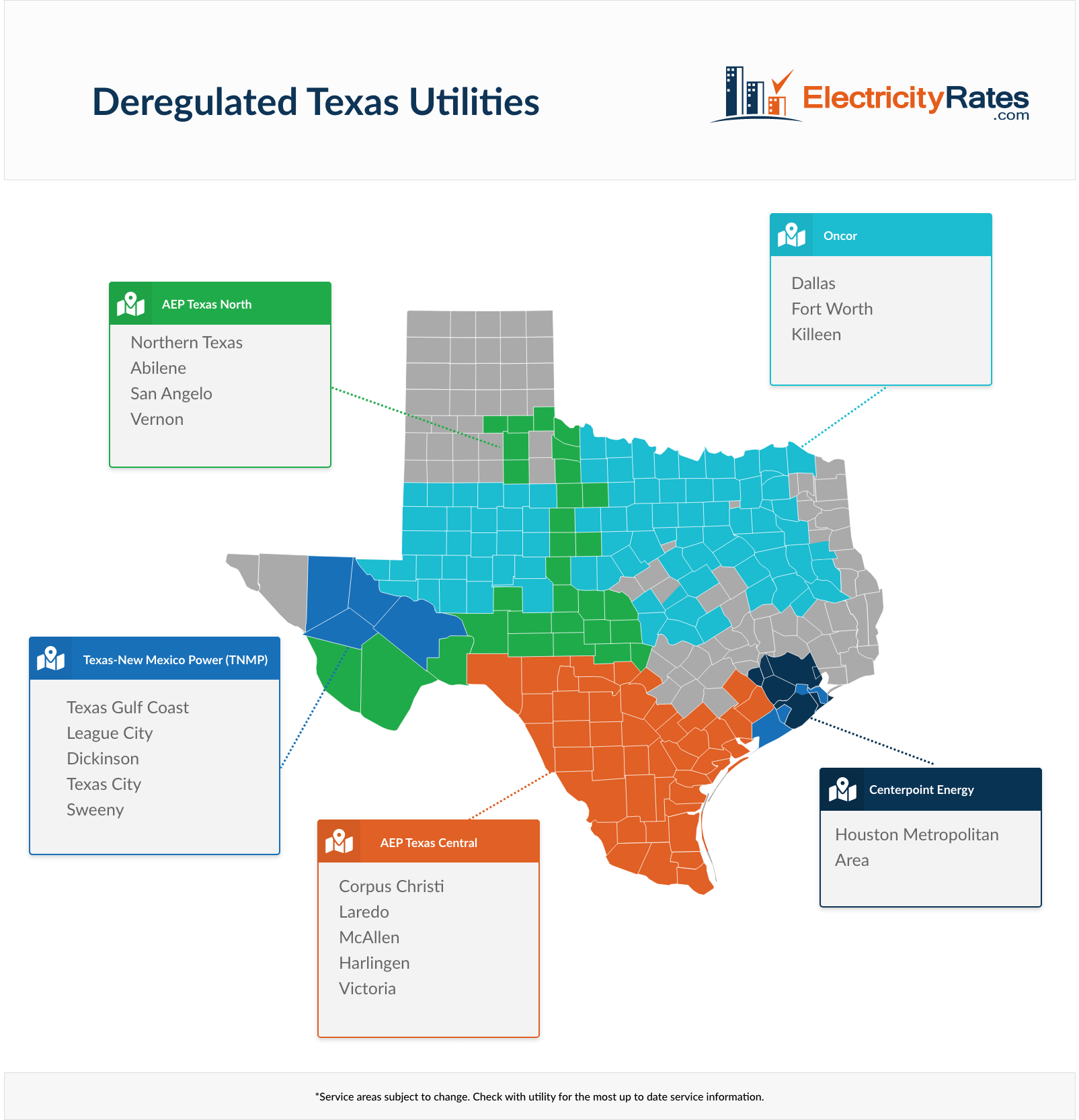 As the largest utility company in Texas, Oncor covers two broad areas of the state.

Much of Oncor's service area is in north Texas. It is centered around Dallas and Fort Worth and spreads widely into the surrounding areas including Tyler and North Richland Hills.

The other portion of Oncor's service area is in western Texas along the border of New Mexico. This area includes cities like Odessa and Midland.

There are 100+ providers that Oncor customers can choose from ranging from smaller local electricity companies in Texas to larger national brands like Constellation, TriEagle and Direct Energy.

ElectricityRates.com only works with leading providers to bring you the best rates so you don’t have to worry about making the wrong choice and being stuck in an undesirable electricity contract.

In 2007, a number of private equity firms purchased TXU Electric. All three Texas utility companies (DP&L, TESCO and TP&L) now operate together under the name Oncor.

The company that owned Oncor was called Energy Future Holdings. Oncor was its electricity distribution arm, but it also had other businesses in electricity generation. Since TXU utilities were already a part of Texas's deregulated electricity market, Oncor was automatically a part of it as well.

By the end of 2017, Oncor swapped assets with Sharyland utilities. By early 2018, all of Sharyland's retail distribution customers were now to be served by Oncor.

Deregulated utilities in Texas have delivery (sometimes called TDU) charges set by the Public Utilities Commission of Texas. These are charges that go directly to Oncor and ensure that Oncor can keep delivering electricity reliably. Since the state sets these charges, they don't change no matter who your electricity provider is.

TDU charges generally change twice a year, on March 1st and September 1st. The charges consist of a monthly base charge and a charge based on your electricity usage (by the kilowatt-hour). You can find these charges by looking at a plan's Electricity Facts Label (EFL). The EFL can be found in the "plan details" section under any Texas plan on ElectricityRates.com.

Learn more about how Texas electricity bills are calculated.

If you're an Oncor customer that wants to lower your electric bill by increasing your home's energy efficiency, you should check out Oncor's Take A Load Off, Texas program.

Take A Load Off, Texas encourages homeowners and businesses to make energy upgrades through a variety of incentives. For instance, you may be able to qualify for discounts on solar panels or insulation services.

Not an Oncor customer? Shop for the best electricity rates for the Texas utility company that services your area.

For more information on finding the best rates, check out our comprehensive guide to Texas electricity rates here.

Why are there Oncor delivery charges on my bill?

If there are Oncor Delivery Charges on your electric bill, it means that Oncor is your utility provider. These charges ensure Oncor can maintain the electrical infrastructure that delivers electricity to your home. These charges are also approved by the state, so they are the same for all Oncor customers.

How much does Oncor charge for electricity delivery?

Who do you call for an Oncor power outage?

Does Oncor Service My Address?

Oncor serves two broad areas of the state, including the Dallas-Fort Worth metroplex and its surrounding areas, along with large swaths of West Texas. You can see if Oncor serves your address by taking a look at your electric bill. Look for the company in charge of your delivery/distribution charges.