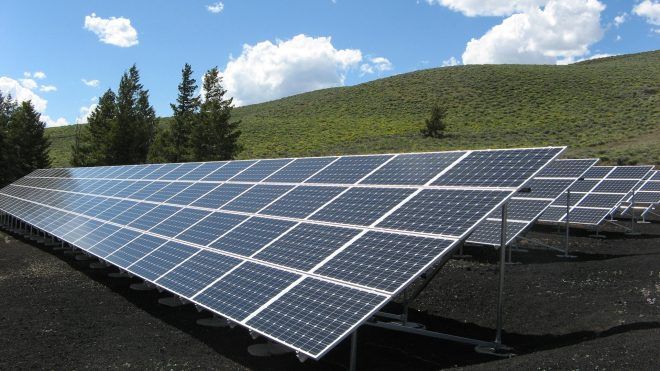 A couple decades ago, nobody thought renewable energy would be a viable energy source for mass consumption in the United States. Mainly because the technology to harness renewable energy had not come far enough for mass production and was very expensive at the time. Today, that perception has changed as technology advances and renewable energy becomes cheaper to produce than ever before. The US is becoming more and more reliant on renewable sources for the energy that power our homes, businesses, and vehicles. Recently, states have campaigned and pass legislation to have renewable energy as their main source of energy production. With this progress, some states are continuing to push towards producing all of their energy from renewable sources. However, many are still not on board that becoming 100% renewable energy dependent is sustainable.

However, many Californians are not so sure that 100% renewable energy is feasible or wise. Currently, the bulk of the state's renewable energy comes from solar. But, how do they account for the massive amount of energy consumed once the sun sets? Some purpose that wind and hydro power will assist with this dilemma but CA does experience droughts periodically and wind power is not always reliable. Also, fossil fuel plants would not be able to assist in the event of a drop in energy production as they are not able to operate on an “as needed” basis.For supporters of the bill, developing a strategy for producing enough energy during the day to have enough reserves at night for everyone in the state is a top priority.

Other states are following suit and trying to increase their renewable energy production. In Maryland, a coalition of environmentalists is campaigning to increase the state's renewable energy reliance to 50% by 2030. The current policy mandates that the Maryland utilities, Baltimore Gas and Electric Co., PEPCO, Potomac Edison, Delmarva Power and retail energy providers buy certificates that each represent a megawatt of renewable power. They are required to buy enough of the credits to equal a set and growing percentage of their power supply or face a fine. A new policy would require the utilities and providers to purchase more certificates for the same percentage of their power supply. While the campaign supporters continue to grow, no lawmakers have publicly joined and the governor of Maryland has not given an official position on the movement yet.

Renewable energy continues to grow at a rapid rate in the United States. Many communities across the country have already become 100% renewable energy sourced. However, California is the first state to propose a bill to become 100% renewable energy sources for all the state's residents and businesses. This is great news for our environment as it would cut emissions significantly but many are skeptical that we can rely solely on our environment for energy as theenvironment can be unpredictable. One thing is for certain, fossil fuels will not be around forever and will become more expensive to find and harvest. Developing renewable energy technology is a sustainable and environmentally friendly way to keep or energy market progressing toward the future.