It all started with Google and Apple 5 years ago. Both companies signed renewable energyprocurements in 2012 in efforts to run their corporations on more sustainable energy. Since then, the corporate renewable energy market has evolved significantly and grown exponentially.

Commercial renewable energy procurements spiked in 2015 when many predicted that Congress would not extend their wind and solar tax credits. However, growth has been at a steadier pace since 2015 with 2017 expected to outpace 2016. Halfway through 2017, business procurements are already at 77% of capacity in 2016. 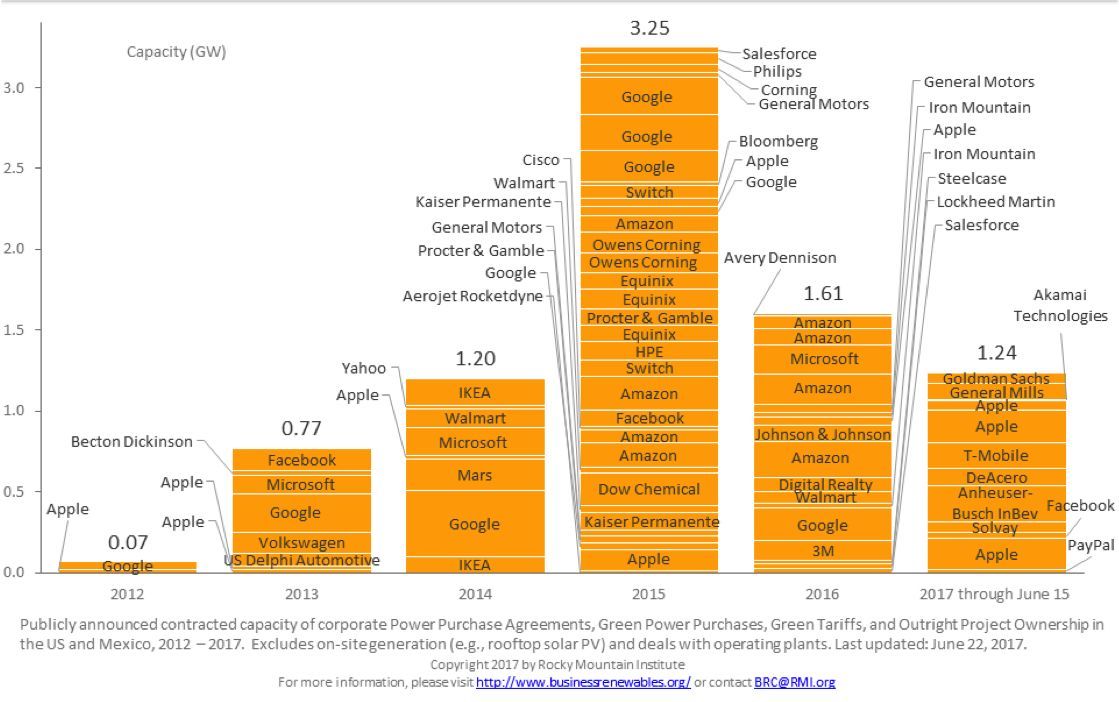 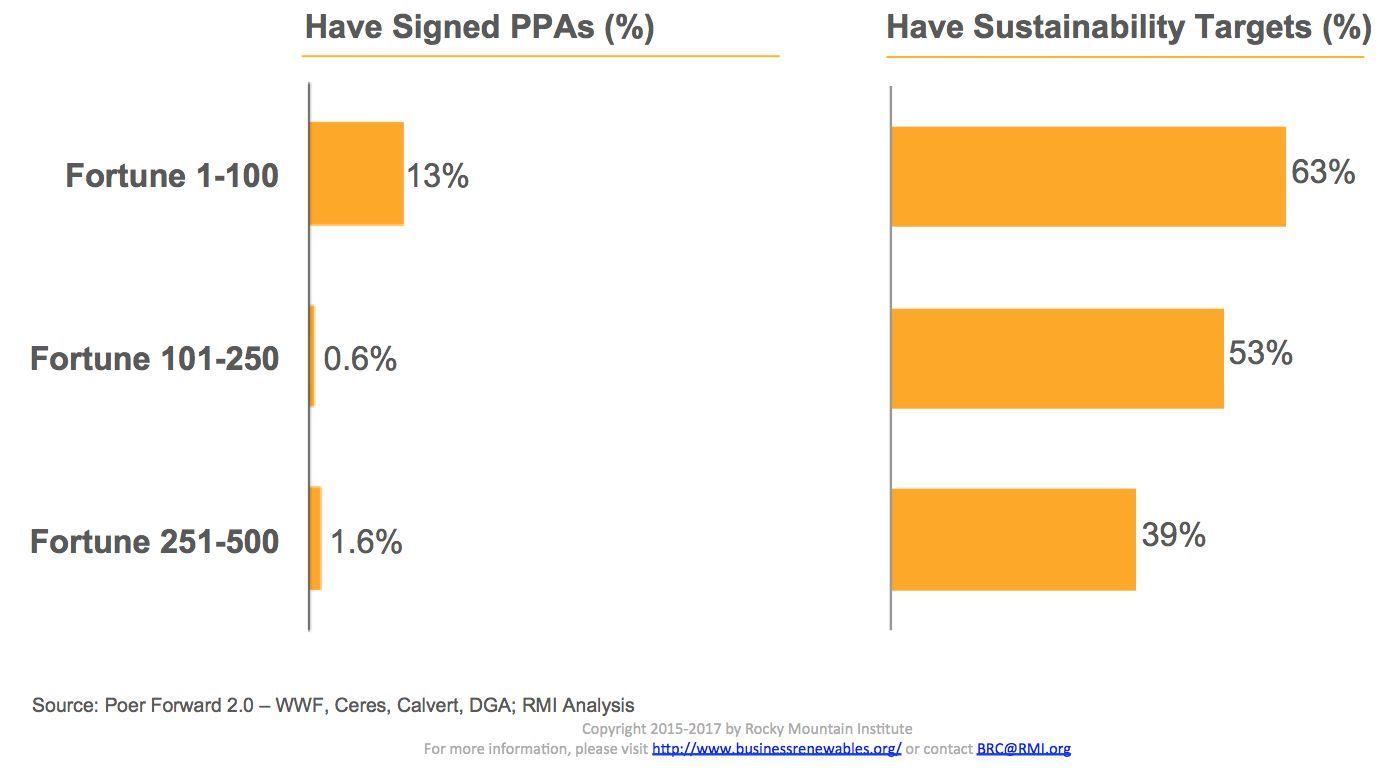 However, smaller companies are starting to grow their renewable energy portfolios as larger companies lead the way. A major factor in this growth is the supply chain for many of the world's top companies. Apple, for instance, launched a 2-gigawatt clean energy initiative in order to get rid of some of their supply chain emissions. This required Apple's overseas manufacturers to fall in line to help meet this goal. Walmart made a similar campaign in which their goal was to remove 1 billion metric tons of greenhouse gas emissions from their supply chain.

Right now, renewable energy procurements are a trickledown effect from large companies to smaller. However, with renewable energy technology getting cheaper to produce and new renewable rate structures being implemented it will open more doors for smaller businesses.

Many believe that business renewable energy procurements will explode again like they did in 2015. The main reason is that as more businesses make strides toward operation on sustainable energy, more renewable energy pricing structures and plans are entering the market.