Electricity Inflation: What's It Going to Cost You?

With every consumable item seeming to come with an increased price tag this year, it's getting harder and harder to claim "sticker shock" anymore.

You may be tired of hearing aboutand even more tired of paying for itbut inflation continues to be a pressing concern for Americans, and ignoring it altogether runs the risk of eroding your monthly budget.

While rising gas prices and more expensive groceries are the top two concerns for most consumers, there's one more category you shouldn't overlook: increased utility prices.

There are three main drivers behind the uptick in electricity costs.

The biggest culprit is the war in Ukraine. After Russia invaded Ukraine, many countries responded by placing economic sanctions on Russia. Some of those sanctions involved no longer buying Russian oil or natural gastwo of the most common fuel sources for generating electricity. European countries which previously bought Russian oil and natural gas from have had to look elsewhere for these resources. Many U.S. energy companies have responded by exporting oil and natural gas for sale in European markets, decreasing the domestic supply and causing prices to rise here at home. This, in turn, has made it more expensive to produce electricity in the U.S., where 68% of all electricity produced is generated by these two fuel-types.

Keep in mind that gas and coal prices (another major fuel-type for electricity production) were already at all-time highs in fall 2021 before the war in Ukraine even started due to rapid economic resurgence following the early Covid-era economic downturn.

Secondly, many U.S. electricity companies are making serious infrastructure upgrades in order to improve the resiliency of their grid systems during natural disasters. The costs of those upgrades are being passed along to consumers in the form of higher electricity rates.

What does electricity inflation mean for my energy bill?

You've probably already heard that inflation hit 9.1% in June 2022 compared to the year priorthe highest year-over-year increase since 1981. However, does that price hike hold true for your energy bill?

While electricity prices vary region by region and season by season, on average Americans will see a 4.3% increase in the price of electricity in 2022.

However, in some areas that increase is much higher. Hot, summer-stricken metro areas like Miami, Dallas and urban Hawaii are seeing electricity prices climb 25% to 37% higher than last year.

Other areas, like the Northeast with its limited ability to pipe in more affordable natural gas and oil, may see higher-than-average increases due to unique infrastructure challenges.

Except for residents in a handful of states, analysts are forecasting that most Americans will see the highest electricity bills of their lives this summer.

(Learn more about "States with the Highest Energy Costs.") 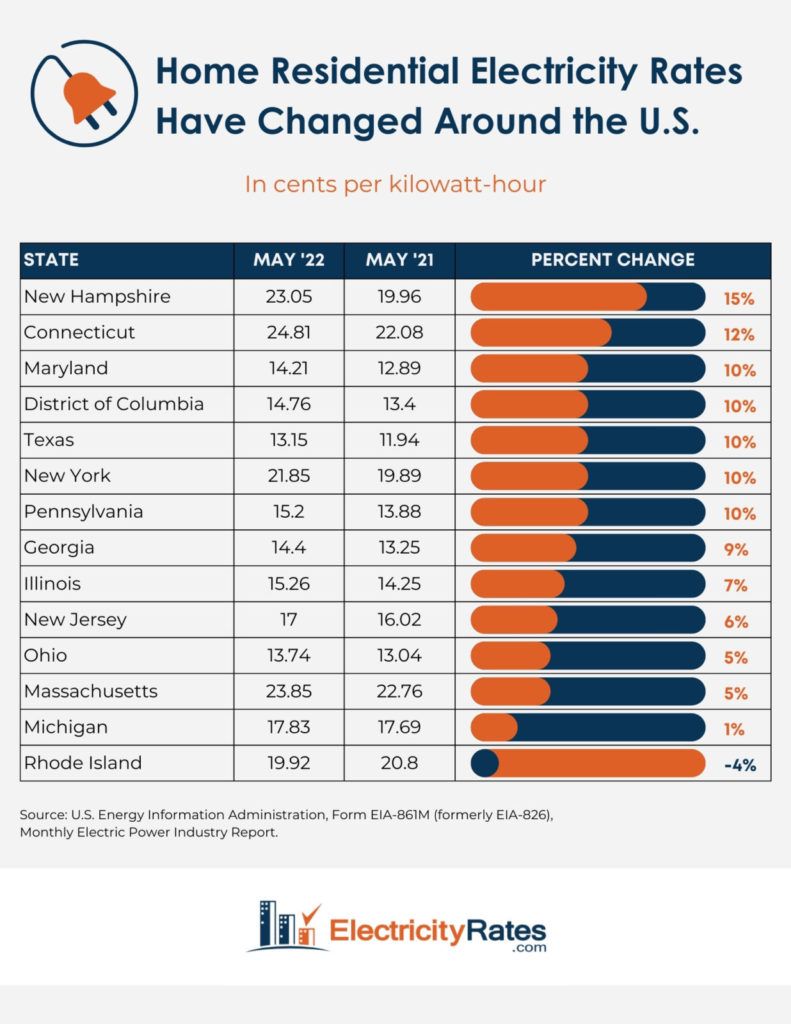 How can I combat electricity inflation?

No one likes paying more for something, including utilities, especially when there's no corresponding increase in quality or quantity. In that spirit, there are several things you can do to try to offset the rising costs associated with electricity inflation.

First off, you need to know two things: 1) whether you live in an Energy Choice state and 2) whether your household is on a fixed-rate contract or a variable plan.

If you live in an Energy Choice state and you're on a variable plan, then you're subject to fluctuating market prices and may be paying far more per kWh than you need to be. Consider shopping around for an electricity contract that will give you a lower, stable fixed rate and make it much easier to forecast your monthly utility costs. Our state-specific resource pages can help you find the lowest rates in your area by simply plugging in your zip code.

If you're already on a fixed-rate plan, you should doublecheck when it's set to expire, which will also be the time you'll be ready to shop around for a new contract with a new rate. Switching providers is one of the easiest ways to get better electricity pricing, as many energy companies offer competitive introductory rates to attract new customers. Take advantage!

Whether getting a fixed-rate contract for the first time or switching providers, it's helpful to know what the going rate for electricity is in your state. You can establish some baseline expectations by looking at the latest figures from the U.S. Energy Information Association here.

Lastly, don't forget that your energy bill is tied to how much electricity you consume, and that part of the equation is always in your control. If you want to get serious about learning how to use less electricity at home, check out our tips for cutting down on your household energy usage. 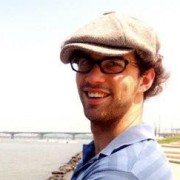