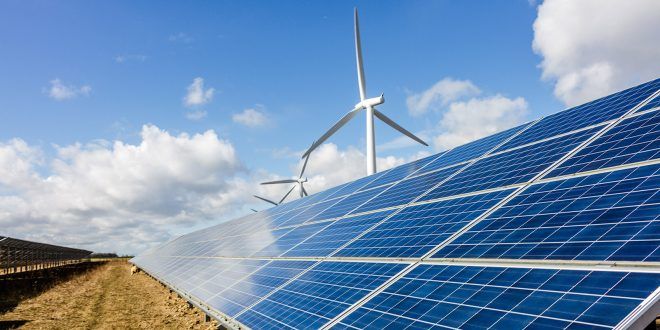 Renewable energy is already becoming a viable option for some states to get all their energy and electricity. In fact, California lawmakers are already trying to pass a bill to have 100% of their energy come from renewable sources by 2045. Other states are pushing to increase their renewable energy usage in the next 20 years as well. As our technology advances, it is becoming cheaper to harness these natural resources and produce more energy from them. In fact, solar energy recently became the cheapest electricity in the world. So, what's holding us back from getting rid of the emission filled fossil fuel plants and just using renewable energy?

To answer that question, I'm going to ask you to consider your smartphone usage for a moment. If you are like most people, you use it to store photos, videos, apps and more. All ofthis media is stored on the phone's internal hard drive. But, what happens when you run out of storage? You need to get additional storage to save more media or you won't be able to store anything else. The same concept applies to the renewable energy market. There are days where we produce more renewable energy than we can store and have to shut down solar panels, wind turbines, and hydro plants. This process of slowing down energy production due to the lack of storage is called curtailment and it is one of the biggest things holding renewable energy back. The problem is that getting external storage for renewable energy, otherwise known as a large battery, has always been too expensive to produce in mass quantities. Right now, it is cheaper to just keep fossil fuel plants running than it was to buy battery storage for renewable energy. However, that could all be changing soon.

Elon Musk, CEO of Tesla Inc., has been developing electric cars and batteries for years. But, his most recent venture is something that will not only change the transportation industry but may affect the entire energy industry. Musk has created a 6 million square foot facility in Nevada with the sole purpose to produce massive amounts of lithium-ion batteries. The building, named the Gigafactory, will be the world's largest building by footprint and will be powered 100% by renewable energy and produce no emissions. The Gigafactory will produce so many batteries that they estimate the price to produce a single battery will drop 33% by 2018. Musk has also stated he plans on making 3 or 4 more Gigafactories in the US in the near future.

Musk also acquired SolarCity, a huge solar cell manufacturing facility in New York. His plans for the 1 million square foot facility is to produce 1.0 gigawatt-worth of PV cells annually by 2019. He renamed the plant Gigafactory 2 and started production of the solar cells earlier this month.

This is obviously great news for Tesla and the electric car industry as the US will see more electric cars being produced with an expected industry-wide price drop. However, this is also big news for the renewable energy industry and may change how we get our electricity in the US. If technology continues to advance, we will see costs for batteries to store our excess renewable energy drop as well. By being able to store more renewable energy, we can become less reliant on fossil fuels.

The first Gigafactory in Nevada isn't slated to be fully complete until 2020. However, battery production has already started even though the factory is less than 15% finished. Once fully complete, Tesla is expecting over 35 gigawatt-hours of batteries will be produced each year in their facility. With this mass production of storage batteries and declining costs, there is a huge potential for the renewable energy market to store more of its excess energy. That means that soon we may no longer have to turn off solar panels, wind turbines, and hydro plants because they are producing too much energy to store. This could lead to an abundance of clean and cheap renewable energy in the near future.