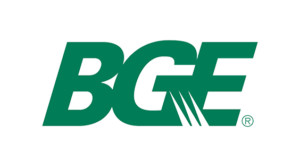 Baltimore Gas and Electric Co. (BGE) has asked the state of Maryland to allow it tack on about an average $15 a month onto customers’ gas and electric bills.

The request, filed with the Maryland Public Service Commission (PSC) on Wednesday, asks for a $185 million annual increase. The proposed adjustments would be used to support continued investments to enhance the reliability and safety of its systems, said Mark Case, vice president of strategy and regulatory affairs at BGE.

Case said the proposed rate adjustments are needed to continue to invest heavily in improving technology and services BGE offers its customers. Baltimore Gas and Electrichas invested $3 billion over the past five years and plans to invest an additional $3 billion over the next five years to upgrade equipment such as poles and wires both overhead and underground. The company is also installing equipment that helps monitor and automatically restore power caused by storms.

The planned investments will help to reduce the number of service interruptions that customers experience and shorten the duration of power outages, Case said.

“Customers are becoming more and more reliable and dependent on electric resources,” he said. “Their tolerance for outages and longer outages is small.”

The proposed rate increase will go before the Maryland Public Service Commission in January 2015, Case said. And if passed, the increased rates would go into effect at the beginning of February.

Cristina Tommasello is a content writer for ElectricityRates.com who has an avid interest in energy news and trends affecting consumers at the national, state, and local level.